A ‘feminist retelling of Oedipus’ and a ‘testosterone filled affair’

Darragh Morgan: For Violin and Electronics 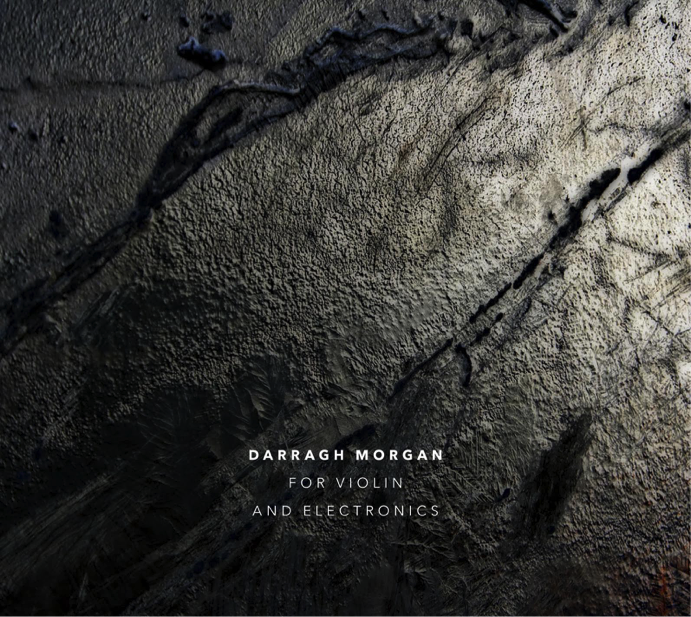 Two recent releases on the Diatribe label, launched together at an impressive double concert in Dublin’s Complex at the end of April 2017 illustrate contrasting approaches to contemporary chamber music. Darragh Morgan’s CD features six different composers’ take on expanding the palette of the solo violin through the use of electronics. The other disc Umbilicalfeatures a single 54 minute work by Benjamin Dwyer in which the violin is coupled with harpsichord and double bass while a tape part adds background textures at a number of different points.

In his book Different Voices (Wolke, 2014) Dwyer states that the idea for Umbilical, which tackles the Oedipus myth, stemmed from his disillusionment with the postmodern aesthetic and in particular its recourse to irony. Elsewhere he has highlighted postmodernism’s embrace of the ephemeral and in political terms its easy association with neo-liberalism. Compositionally, like many Irish composers of his generation he is somewhat eclectic in his choice of influences which can take in the major figures of the post-war avant-garde while happily finding room for more traditional figures such as Benjamin Britten. While Dwyer has decided to eschew text in this treatment of the more famous myths, as a politically engaged artist it is important that the framework of meaning is conveyed to the listener and so Diatribe’s CD is accompanied by an extensive essay in which Dwyer outlines the major ideas which form the inspiration for this work. The conveyance of the narrative over the course of the composition is however left to the three musicians, each of whom represents a character in the Oedipus tale: the harpsichord represents Laius, the double bass Oedipus and the violin Jocasta.

While the narrative is a familiar one the perspective chosen by Dwyer is not; in this version the primary focus is on the figure of Jocasta, a woman whose sexual desires set in motion the  tragedy and whose life is first sexually fulfilled and then destroyed by her son. By contrast one thinks for example of how in Stravinsky’s Oedipus RexJocasta’s fate is an offstage occurrence gabbled through by the chorus as it reaches its climactic hailing of the (onstage) blinded Oedipus. In his treatment of the myth Dwyer offers ‘the space to contemplate the political, societal and spiritual restrictions historically (and presently) placed on women’s sexuality.’

Umbilical has nine movements, each with a Greek title. Two of these, ‘Laius’ and ‘Oedipus’, are named directly after protagonists in the drama while the others point to the various stages Jocasta must travel though on this psychological journey from ‘Exorkismos’ via ‘Eros’ to ‘Epitaphion’. This journey takes the form of a fearless compositional assault on both the myth and the listener. The music veers wildly in style as it reaches for an ecstatic identification with Jocasta, and the amplification of the instrumentalists pulls the listener more intimately into the performance space. Laius as harpsichordist emerges gradually from a tape part made up of the sounds of various instruments (notably accordion, flute, clarinet and percussion), the movement acting like a lengthy structural upbeat before the musical journey commences. Pulsing rhythmic unisons abound in the work and form the basis of ‘Exorkismos’ for the three instruments. Sometimes such as in ‘Eros’ this is underlined by pitch doublings giving the music a sense of an evasive tonality, to which is added a series of gasps and vocalisations before the pitches leach away leaving a rhythmic mix of clusters and vocal exhalations. Extreme contrast is used as a structural ploy. ‘Plege’ which begins with isolated high-pitched noises on violin and techniques pushing towards noise from double bass gradually building up into a texture of total excess, is immediately followed by ‘Abyssos’ where the solo violin ruminates repeatedly over a small group of pitches providing a crucial moment of dark repose in the unfolding drama.

Dwyer also draws on quotation and baroque rhetorical gestures. ‘Oedipus’ drifts into our presence with what seems at first like incongruous quasi-orientalist tape music but this is gradually transformed into the music of the Seikilos Epitaph, one of two quotations used throughout the work, the other being an unnamed Japanese folk tune. In ‘Agon’ a descending scale is used as the repeated ground of a passacaglia. The gesture, which looks back to baroque laments on the one hand and the music of Ligeti on the other, illustrates Jocasta’s struggle between Eros and the death wish. This lamenting figure also forms the basis of ‘Thanatos’, while over it the violin explores the Seikilos Epitaph. The final movement starts with an unexpected faux-baroque gesture and again gradually builds from sustained notes to a texture of wild excess. This time however the overload destroys the music and the piece gradually burns out into silence.

The performance by Maya Homburger, Barry Guy and David Adams is one of outstanding virtuosity and demonstrates total commitment to every gesture. Indeed it is hard to imagine a better performance of this work.

By contrast with Dwyer’s feminist retelling of Oedipus, Darragh Morgan’s album is a testosterone filled affair, featuring music by Ricardo Climent, Jonty Harrison, Simon Emmerson, Jonathan Nangle, Paul Wilson and Scott Wilson. All six composers are currently based in music departments in Britain or Ireland, though Climent is originally from Spain and Scott Wilson is from Canada. Morgan has built an impressive reputation for himself as both violinist and active promoter of new music both as solo performer and as member of the Fidelio Trio and all six of the pieces in this collection were composed specifically for him. Collections of pieces for solo instrument with or without electronics can be a somewhat daunting prospect due to the limited palette available to the ear, and while some of the expected violin sounds—in particular the grinding noise created by excessive bow pressure but also high staccato figures, bouncing of the bow on the strings and glissandi—get plenty of outings, there is also quite a degree of variety in this group of pieces. The type of electronics used also varies considerably from taped material to live interaction with the violinist.

Most of the pieces are relatively short lasting under twelve minutes, the major exception being Simon Emmerson’s Stringscapewhich lasts over twenty minutes. This work is a long rhapsodic violin solo which slowly unfurls in a quasi-tonal framework with constant circling around tritones, to which the electronic part reacts. Certain violin techniques such as pizzicato trigger sudden flurries of electronic sound but for most of the duration of the work the electronics pull single pitches out of the violin’s line and sustains them providing a delicately shifting accompaniment.

At the opposite end of the spectrum is Jonty Harrison’s Some of its Parts which sounds like an electronic piece with some additional live violin material. It also prioritises the noise possibilities available from pressurised string and wood and couples them with metallic, scouring and creaking sounds. At points it sounds like a rusty metal door being opened, at others we hear what seem to be low resonating piano strings and the opening features a metal or wooden ball rolling from one side of the sound-space to the other. Indeed this is the one piece that really exploits the spatial element with the music swinging gently back and forth from left to right. It is perhaps a little long for its material and the sudden normally bowed C sharp at the end reminds me of the school of French organ music where one knows the end of the piece has been reached when one finally hears an excessively long note.

Scott Wilson’s Flame was for this listener a more difficult proposition and even with repeated listening it seemed too diffuse and too long. The first half sounded rather like a somewhat romantic solo violin piece with an almost folk-inflected opening, to which an extraneous electronic part had been added while the second part seemed to descend into unrelated gestures. Riccardo Climent’s oddly titled Koorean Air (presumably some sort of pun) at first seemed over reliant on high glissandi, though at least here there was also a sense of humour, the glissandi mutating at one point into a flurry of twittering. However, as the work progressed it became more involving and managed to create an ending which was unexpected and witty. The tape part is made up of pre-recorded sounds made by Morgan and one almost has a sense of the live Morgan engaged in battle during the piece to imitate himself.

The collection is framed by works which evoke frozen landscapes. Jonathan Nangle’s where distant city lights flicker on half-frozen ponds is both the shortest work and in some senses the simplest. The violin treads and re-treads a simple minor key phrase pulling at it and examining it from different angles. To this he gradually adds resonators which react to the natural harmonics of the solo part and subtly alter the texture. The notes begin to gleam and glisten in unexpected ways and create a hypnotic close to the album. The highlight for this listener was however Paul Wilson’s Trapped in Ice, a fifteen minute quiet exploration of the upper reaches of the violin with gradual incursions of darker sounds of gut and wood. The whole piece is beautifully paced and the electronics triggered by the violin create a beguiling shimmer around the soloist.

As with the other disc the performances are superb and Morgan has no difficulty switching between the harsh brutal noises needed for the Climent to the warm sustained tone needed for the Morrison or the ethereal beauty required for Paul Wilson’s piece. While the pieces were recorded in a wide range of venues over a six year period the production by Nick Roth and the different soundworlds of the individual works has ensured that these shifts are not noticed by the listener.

Musicologist Dr Mark Fitzgerald lectures at the DIT Conservatoire of Music and Drama. His research focuses on music of the twentieth century, particularly music in Ireland.